Table of Contents The Ethereum-killer needs no introduction thanks to its strings of success in 2021, but a key takeaway from this Cardano price prediction 2022 is that a new

The Ethereum-killer needs no introduction thanks to its strings of success in 2021, but a key takeaway from this Cardano price prediction 2022 is that a new year comes with its set of challenges and opportunities.

While investors hope that one day ADA will go to the moon, the team behind Cardano have their eyes set on the distant stars. That’s figuratively speaking, but a comprehensive study of fundamental and technical factors will help us arrive at an accurate Cardano price prediction.

At the time of writing this ADA price prediction, ADA was trading at $1.32, according to CoinMarketCap. The market cap of the Cardano Network was at this time trading at over $44 billion, fully diluted to nearly $60 billion.

Cardano came into play with the altruistic goal of creating a platform for smart contracts that could scale and work effectively better than Ethereum – hence the nickname, ‘ethereum-killer’. Its early investors have greatly benefitted from the successes of the network through ADA coin.

That is despite the fierce competition from the larger ETH coin and the string of other Ethereum alternatives. The mainnet launch cleared a major hurdle for ADA crypto price prediction, leaving investors more bullish than they were in early 2021.

The price history and trading patterns of ADA will put every Cardano price prediction 2025 into greater context while qualifying some and disqualifying others. Here is a summary of ADA trading price on a month-to-month basis:

Cardano’s price has substantially recovered since hitting a low of $1. A return above the $1.85 level gives buyers and long-term ADA investors significant psychological support that Cardano token may, again, move higher in 2022.

ADA faces near-term resistance the 38.2% Fibonacci retracement levels at $2.47 and $2.31. It will need to close above these levels to prevent any near-term continuation of selling. Ideally, there would be enough momentum to close above $2.91, but that may not be possible.

After September’s flash crash, ADA saw the unfortunate conversion from the bull market condition to bear market conditions. It doesn’t necessarily mean that ADA is entering into a bear market, but the momentum the Cardano token enjoyed dwindled enough to give investors jitters.

ADA is pitted against a powerful inflection point at the $1.85 level. This is the final, primary support zone for ADA before a swift drop to the $1.19 and $0.91 value area. However, any attempt to push ADA further below this level would be challenging.

If ADA token holds above the cloud, support is likely confirmed. A new higher low might be the next logical move. The march towards $3 will likely continue in this scenario. Investors will need to pay special attention to token price if it falls below $1.19 and $0.91. In this bearish ADA crypto price prediction, a violent and fast drop could occur.

The market is still trying to develop a distinct eye for ADA different from other altcoins, ETH in particular, but this fact hasn’t stopped investors from making Cardano price prediction narratives. ADA is sporting strong technical support, but the only support that matters is trading volume.

In this section, we’ll review the sentiments of market influencers and forecasting systems concerning ADA price prediction. Running each prediction on the backdrop of the technical analysis above will highlight the price levels that matter most to buyers and sellers.

TradingBeast hints ADA price is stuck is slowly marching toward an inflection point at $1.30, where a breakout from this hurdle will trigger a massive uptrend. The Cardano price forecast for January – February has prices slithering close to breaching crucial barriers for a test of $1.64.

Long Forecast Cardano price prediction 2025 suggests ADA could prepare to make a comeback since slipping into correction by confirming support at $1.29 by January 2022. The downswing will stop at the level if this Cardano price forecast for January – February is confirmed.

Cardano Price Forecast for the Rest of the Year

WalletInvestor made a Cardano price prediction that has ADA price at the end of the downtrend. This cessation of the correction, according to the Cardano price forecast for the rest of the year, is due to a buy zone that has a high chance of reversing the downswing and surging to as high as $3.047.

Cardano Price Forecast for the Next Year

PricePrediction forecasts ADA is ready for a reversal as it enters a crucial support area likely to trigger a massive uptrend to $1.92 and $1.99. The Cardano price forecast for the next year shows there is a high chance that side-lined buyers edged in the last run-up jump on the next leg-up to $2.29.

Gov.Capital ADA crypto price prediction cites signs of a reversal and a possible clearing of a barrier ADA is currently grappling with to confirm the uptrend. In its Cardano price forecast for the next year, the system eyes a bullish wave to $2.637 within a year.

Gert van Lagen hints ADA is at the bottom of the crucial support level and could be stuck hovering above this zone. This Cardano price prediction maps a bullish reversal bottom pattern and shows signs of an emerging uptrend to $1.62.

Cardano founder Charles Hoskinson predicts ADA will explode to $20 in 2022. While citing strong fundamental factors and broader crypto market goodwill, Hoskinson expresses confidence that investors will be twice as bullish over ADA.

Cardano is pushing for greater development in 2022 based on plans revealed by its founder, Charles Hoskinson. The network undertook a lot of initiatives in 2021, and investors expecting more in 2022 are fuelling bullish Cardano price prediction 2022 narratives.

For starters, Cardano has its sights set on microtransactions. The goal is to develop an ecosystem that puts together different components of microfinance, thereby creating a complete end-to-end network for cost-effective transactions.

To achieve this goal, the Cardano developers will set up a structure that will organize the creation of decentralized products on the network. The successful completion and launch of the said products will have far-reaching consequences on Cardano price predictions.

According to Hoskinson, this structure will be modeled after similar but slightly different projects such as Hyperledger and Linux. Coming months after the launch of the mainnet, investors want nothing but to see Cardano growing its adoption, not only for developers but the global audience.

Cardano has remained among the top ten largest cryptocurrencies in the world for a year, but investors have often felt frustrated by the network’s inability to meet pre-set goals and timelines. In April 2021, Cardano became community-governed and operated, which was followed by the launch of its smart contracts in September.

Since DeFi applications run on smart contracts, it makes sense that Cardano might be looking to conquer the space. Decentralized finance protocols account for more than $260 billion in value locked across multiple blockchains.

ADA could potentially reach $20 on the upside and $12 on the downside. On a larger time frame, ADA remains on an uptrend for roughly its entire existence, even though the trend is rising slowly but steadily.

Which Are the (ADA) Cardano News?

ADA is an intriguing token that can shine shimmering starlight on your crypto portfolio. Often taunted as the best cryptocurrency investment, this Cardano price prediction qualifies ADA as a solid addition to any portfolio in 2022.

Note: This post was originally published on 10 June 2021 and has been totally updated for the completeness and veracity of the content on 5 January 2022. 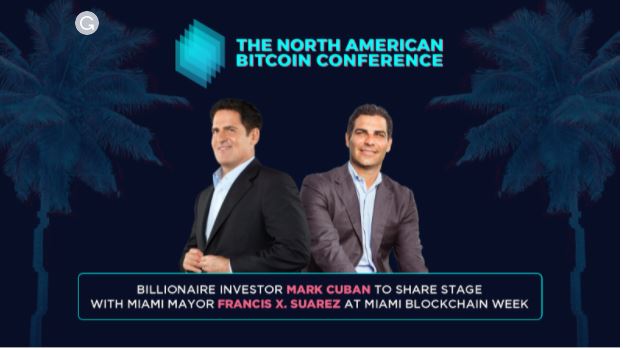