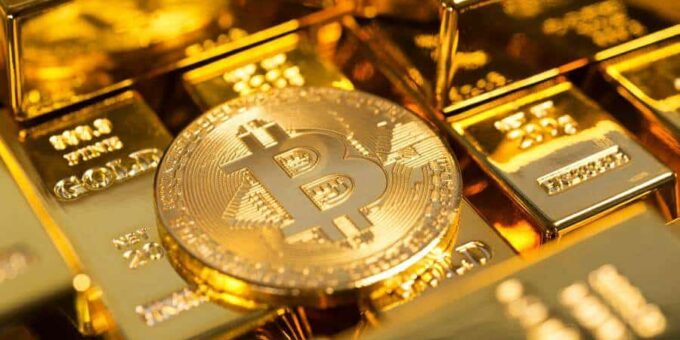 The Bitcoin rally already has investors excited. As things stand now, there is little doubt that BTC will break its all-time high record this year. However, investors and analysts are still trying to figure out how high the asset could go. Dan Tapiero, the founder of Gold Bullion International, believes that we could see a six-figure price peg pretty soon.

Speaking with Morgan Creek Digital co-founder Antony Pompliano, Tapiero explained that Bitcoin is on the fast track to $500,000. While the gold enthusiast believes that investors should split their assets between gold and Bitcoin, he acknowledged that the leading cryptocurrency remains the cream of the crop for alternative assets.

Tapiero highlighted that the Bitcoin market already saw a significant influx of institutional investment this year. As the asset’s market capitalization continues growing, more institutions will feel comfortable with it. This could start a cycle of higher investments and a higher valuation for the asset. Once this happens, Bitcoin will take a similar stance as gold.

The gold bug added that Bitcoin also beats gold in terms of functionality. While gold only works as a store of value, Bitcoin functions as an entire network. Due to this greater functionality, Tapiero sees Bitcoin ultimately outperforming gold.

Tapiero’s acknowledgment was a significant moment, especially considering that many people have begun drawing comparisons between Bitcoin and gold.

Last week, Rick Reider, the Chief Investment Officer of fixed income at asset management giant BlackRock, told CNBC that Bitcoin is here to stay and eventually take gold’s place. While Reider didn’t acknowledge being a Bitcoin bull, he explained that the asset is currently more functional than gold. Ultimately, it would take gold’s place.

Like Tapiero, Reider highlighted the growth in institutional demand for Bitcoin. He also pointed out the asset’s attraction to millennials, who would eventually become tomorrow’s prominent investors. With more millennials choosing Bitcoin over gold, it is only a matter of time before they switch places.

Schiff has ramped up his criticism of the leading cryptocurrency this year, even though the asset has proven him wrong several times over. Last month, data from CoinGecko showed Bitcoin hitting the 7-ounce mark against gold for the first time in over a year. Despite the performance, Schiff was unimpressed.

The gold bull lashed out on Twitter, calling Bitcoin the largest bubble he had ever seen.