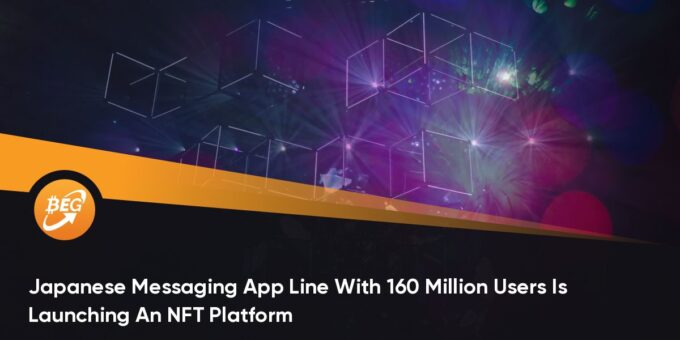 “NFTs will transform the digital space and innovate the user experience in all areas, such as content, gaming, social and commerce,” said LineNext CEO.

Line Corporation, a Japanese messaging app with 160 million users worldwide, announced that it will launch a non-fungible token (NFT) service next year via its new organization called LineNext.

LineNext will focus on expanding the NFT ecosystem globally, excluding Japan. To serve the Japanese market, it is separately operating the beta version of its NFT market on Line Bitmax wallet.

Last week, the company announced that it had established LineNext in South Korea and the US. In Korea, it is working on the global NFT platform strategy and planning while the US-based entity is developing and operating its NFT business.

The firm’s main revenue source will be “transaction brokerage fees,” with additional revenue sources also planned for the future.

The company said, over 1.3 million NFTs have already been issued, and LineNext is further talking with about 20 global partners for potential partnerships.

“NFTs are a kind of technology infrastructure that will transform the digital space and innovate the user experience in all areas, such as content, gaming, social and commerce,” said chief product officer of Line app products, Youngsu Ko, who is the CEO of LineNext.

The NFT platform will support creators and companies across the globe as they build markets and create communities for general users to trade NFTs.

Besides Line, Adidas recently partnered with BAYC, Punks, Cosmics, and GMoney to sell its 30,000 Into the Metaverse NFTs, netting $23 million. Instagram is another one actively exploring NFTs to make it more accessible.

After Pepsi, another brand to enter the NFT scene is Coca-Cola, launching a Christmas blind box NFT on the VeVe platform.

China, meanwhile, is heavily invested in the metaverse, which is among the top 10 buzzwords of the year by Beijing Language and Culture University. Additionally, more than 1000 companies in China have registered for over 7,000 trademarks applications related to the metaverse, with the majority of them filed just in the past two months.