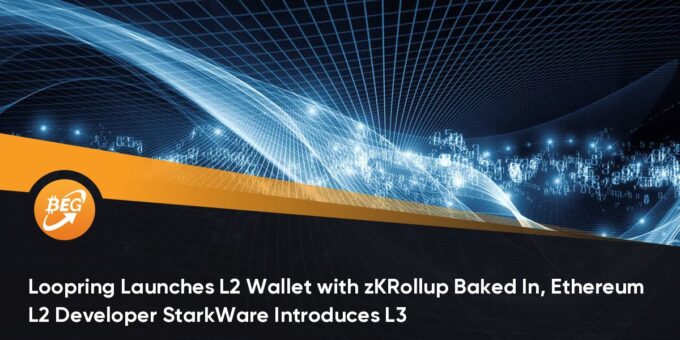 “A major step forward today on our mission to onboard the masses directly onto Ethereum secured Layer 2,” said the team.

Loopring, which is building non-custodial products on top of its Layer 2 that includes Ethereum smart wallet and an AMM DEX, unveiled the iOS version of the wallet on Tuesday, with the Android version coming soon.

According to the Loopring team, this wallet is the first Ethereum wallet with zkRollup scaling baked in. The scaling solution aims to help smaller users who are priced out of Ethereum due to its high gas fees.

Building the wallet on L2 means users don’t have to pay costly creation fees, as they have to on L1.

“One day our goal is to give users a complete L2-only experience, without the need to ever have to withdraw back to L1.”

Besides the wallet, the team also announced direct L2 fiat on-ramps, removing a massive barrier to Loopring adoption. Initially, direct deposits on Loopring L2 and Loopring Wallet have been introduced, with withdrawals to come soon too.

In its announcement, the Loopring team urged centralized exchanges to support direct layer 2 deposits and withdrawal as well.

On the back of these developments, Loopring’s native token LRC, a $2.8 billion market cap cryptocurrency, spiked 26% in value. As of writing, LRC is trading around $2.26, down 40% from its all-time high hit just last month.

While L2s boost scalability with reduced gas cost per transaction and retain the benefits of decentralization, StarkWare said some applications need specific tailoring, and that’s why it is bringing in L3.

L3 will offer the benefits of hyper-scalability, better control, privacy, cheaper/simpler L2-L3, and L3-L3 interoperability, and acting as a “Canary” network for L2.