Ray Dalio, the founder of the world's largest hedge fund, Bridgewater Associates, with more than $220 billion in Assets Under Management (AUM), yet again spoke in favor of having Bitcoin in an investment portfolio.

In an interview with MarketWatch on Thursday, Dalio said Bitcoin has achieved “amazing accomplishment” with its journey starting from a program, not being hacked, and being widely adopted today.

“I believe in blockchain technology; there’s going to be that revolution, so it has earned credibility,” he said.

Just like he believes in the underlying tech, he sees value in Bitcoin as a diversifier in a portfolio for a worst-case scenario.

“I’m not an expert on bitcoin, but I think it has some merit as a small portion of a portfolio,” said the billionaire investor, who also owns a “little bit of” the digital asset.

The hedge fund manager sees Bitcoin as gold, which is a well-established blue-chip alternative to fiat money.

“It’s almost a younger generation’s alternative to gold and it has no intrinsic value, but it has imputed value and it has, therefore, some merit,” he said.

But Dalio has its concerns about Bitcoin getting outlawed if it becomes relatively attractive and a threat to the government though he doesn’t expect it to be outlawed in all places.

This concern stems from the surprise of the past when in August 1971, the U.S. broke its promise to exchange dollars for gold so that it could print a lot of money, leading to the devaluation of the USD.

Dalio further said that he does not believe that central banks or major institutions will hold a significant amount of money in Bitcoin.

During the interview, he also talked about the liquidity injected by the Federal Reserve in the last two years in response to the COVID-19 pandemic.

“As I look ahead economically for the U.S., I see a worsening of the situation. Because of all the money that has been pumped out we’re now on a sugar high, but we are beginning to see that inflation will pick up, and the stimulus checks that came in won’t come in at the same rate, causing conditions to worsen,” he said.

Now there's “a lot of money chasing all sorts of things, crypto among them,” said Dalio while talking down cash, saying that it is “bad” in the current environment and those who see it as the safest investment need to look at the inflation-adjusted return.

“Don’t hold cash,” he advised, recommending having a diversified portfolio of assets. 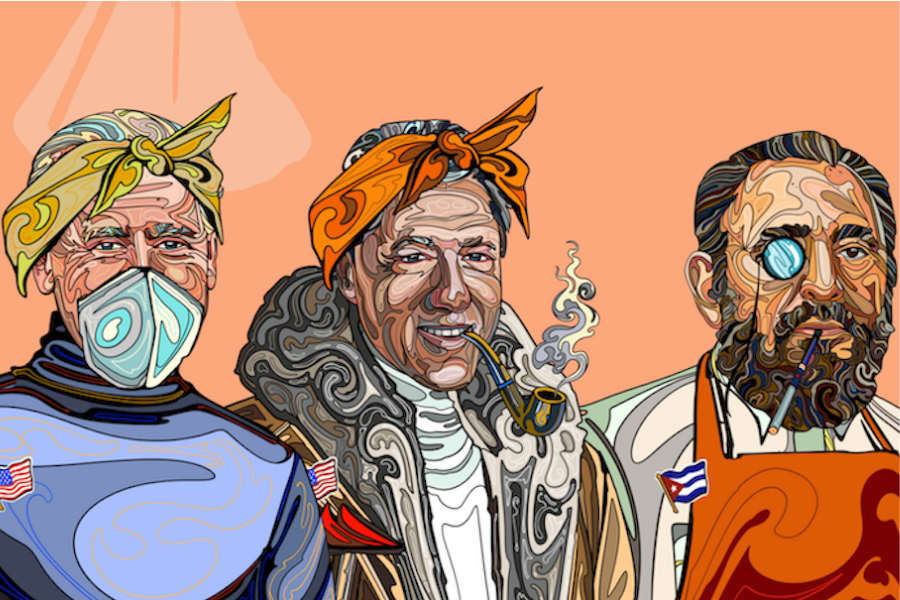