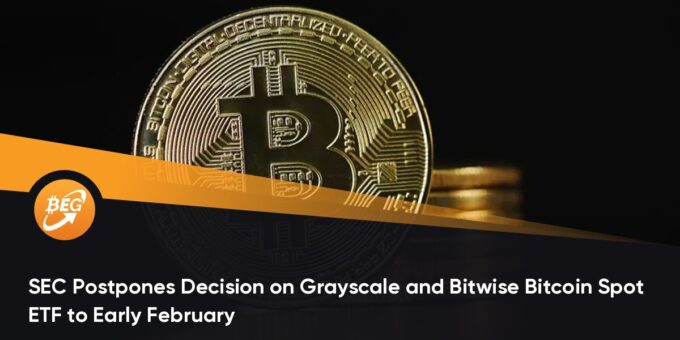 The US Securities and Securities Exchange Commission (SEC) continues to delay the physically-backed Bitcoin exchange-traded fund (ETF) from trading.

Earlier this month, the SEC rejected WisdomTree’s application for a spot Bitcoin ETF after delaying it in June. A week ago, the asset manager amended its filing with “significant protection” for investors.

Back in mid-October, asset manager Bitwise filed for a spot Bitcoin ETF which would provide exposure to “actual BTC” rather than indirect exposure through Bitcoin futures. Bitwise also filed a Bitcoin futures-based application but dropped it in November.

In October, the Proshares Bitcoin Strategy ETF (BITO) became the first futures-based Bitcoin ETF to make its debut. The first-mover advantage saw it amassing more than $1 billion in assets. Two other Bitcoin futures ETFs have since then begun trading, but they manage to attract only a fraction of BITO’s funds.

Meanwhile, the world’s largest digital asset manager, Grayscale, filed an application on Oct. 19 to convert its flagship Bitcoin Trust holding $30.8 billion in assets into an ETF.

As we reported this week, Coinbase also sent a letter to the SEC in which it urged the regulator to approve Grayscale’s application arguing that treating spot Bitcoin ETPs differently from futures-based ETPs can “undermine confidence” in the agency.