Bitcoin (BTC) PriceTime for A Santa Claus Rally? Dovish-Leaning Fed Sends Bitcoin, Crypto, and Stocks Higher AnTyDecember 16, 2021Given that the market was less prepared for a dovish Fed, we

Given that the market was less prepared for a dovish Fed, we could see a surprise sharp move higher and then a short-squeeze into the year-end or early January.

Cryptocurrency prices and the stock market saw a spike as the Federal Reserve announced it was doubling the pace of its tapering of the bond-buying program to $30 billion a month and projecting three rate hikes in 2022.

US stock closed higher with the S&P 500 gaining over 1.6%, and Nasdaq 100 spiked about 2.5% while yields on Treasury also went up. The US dollar initially straightened, nearly hitting the 2021 high only to all back down to 96.15.

While the market was preparing for the worst, the Fed was more in line with the expectations that ended up being a ‘sell the rumor and buy the news’ event.

“Odds are high IMO we get a spot driven hated Santa rally into year-end. BTC back to upper 50s, nothing too crazy, ETH to all-time highs,” commented trader and economist Alex Kruger.

“The Fed did turn hawkish, and brrr will progressively be removed, so good idea to not let bullish expectations get too ambitious. Bull market goes on, just not such an easy up-only ride any longer,” he added.

QCP Capital is of a similar opinion, given that the market was less prepared for a dovish Fed and “would be possibly caught by surprise on a sharp move higher in price. We think that a short-squeeze into the year-end or early January is very possible,” it said.

This is why December 2021 =/ December 2018. Well chronographed gradual monetary tightening is not supposed to crash financial markets, but rather reduce the upwards slope's angle. https://t.co/12uFcGLBg8

On Wednesday, the Fed said that it would end its bond purchases in March, paving the way for rate hikes next year as the economy nears full employment amidst the surge of inflation.

“The economy no longer needs increasing amounts of policy support,” Fed Chair Jerome Powell said in a news conference at the end of the central bank's two-day policy meeting.

Powell further said that the pace of inflation is uncomfortably high and, combined with the US “making rapid progress toward maximum employment,” has convinced all Fed officials that it is time to end the pandemic policies put in place two years ago.

In its new policy statement, the central bank envisions a “soft landing” of the economy in which inflation eases on its own and rates increase slowly while the unemployment rate is pinned to a low 3.5% level for three years.

Policymakers forecast that inflation would spike to 2.6% next year, only to fall to 2.3% in 2023 and then 2.1% in 2024. The Fed has now dropped any reference to inflation as “transitory” and acknowledged that it had exceeded its 2% target “for some time.”

As a result of strong employment and rising prices, Fed officials project the overnight interest rate to rise from its near-zero level to 0.90% by the end of next year.

The US economic growth meanwhile is projected by Fed officials to be 4% next year, an increase from the 3.8% forecast in September.

Now on Thursday, the Bank of England and European Central Bank will make a decision on interest rates. On Friday, the Bank of Japan will announce its monetary policy decision.


All About Bitcoin Casinos | Beginner’s Guide 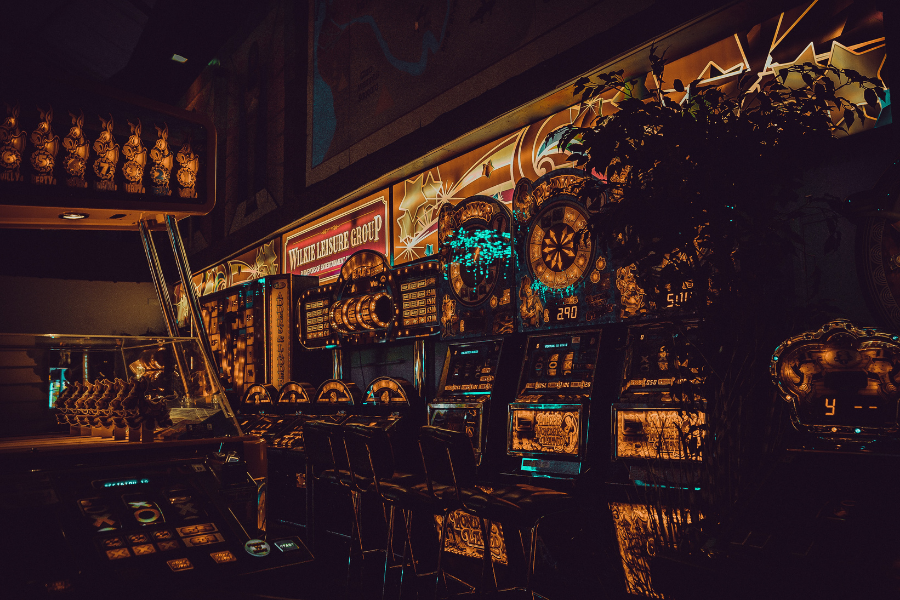