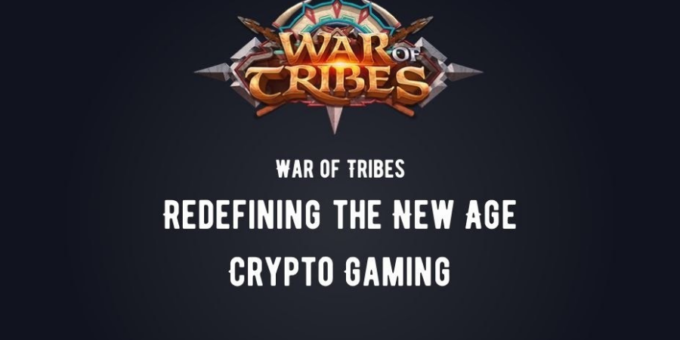 WAR OF TRIBES is about to change the dynamics of online multiplayer games using blockchain technology. Recently launched in a mega event, War of Tribes is an online third-person MMORPG PvP game that allows players to build their characters, earn rewards and unique NFTs by participating in PvP matches.

The entire game is expected to hit the market by the first quarter of 2022 bringing a lot of value to the early token holders of WOTG. The game has numerous play-to-earn functionalities creating excitement and buzz within the gaming industry.

There will be four playable classes to choose from – Warrior, Shaman, Hunter, and Wizard. Each class will have its own gameplay and unique abilities. Warriors are masters at close combat and weapons. Shamans can heal and use small weapons and spells to fight their opponents. Hunters are masters at traps and long-distance fights with bows and crossbows. Finally, wizards are masters of magic-using different spells to destroy their opponents.

Players can use various NFTs, such as weapons and armors to improve their power and chances of winning. NFT items are set in four categories, from the most common to the most exclusive. These are common, rare, epic, and legendary. Common items are earned and bought in the game, while the more rare ones can only be obtained through the NFT marketplace, specific events, etc.

Early access will be released in Q1 2022. The first version of the game will include a central MMO hub with battle arenas, character customization, in-game marketplace and battlegrounds and the first PVP tournament. Players will be able to select their character, gear up and join the battle for their tribe.

Each new expansion pack will be released quarterly, launching new tournaments, adding new battle arenas, battlegrounds, and expanding playable worlds. Each tribe will get their own base city, an area where they can meet others, build teams and practice their skills for the war ahead.

The game mechanics will be constantly updated in order to maximize the community’s experience and keep gameplay fresh. New Regions, Characters, Skills, Events, Modes, and Tournaments will be introduced monthly.

War of Tribes runs on its native token $WOTG. It will be used for in-game rewards, purchases, and NFT purchases. WOTG has a 5% transaction tax that supports the platform and is distributed the following way: 1% goes to marketing, 2% to LQ, and 2% to holders as rewards.

To ensure flawless trading, the game will have very low trading fees. The online NFT marketplace called the auction house will be available in the game and on the website. WOTG can be used for farming on BabySwap to earn huge passive rewards in BABY – Native baby swap token.

About War of Tribes

War of Tribes is a play-to-earn PvP RPG game where the core gameplay happens inside arenas and battlegrounds. The goal of the game is to acquire as much land and resources for your tribe which allows players to gain passive rewards, acquire land and build NFTs.

The team has started with small, but profitable battles, arena, battlegrounds, and moves to create an entire world for players to immerse themselves and earn real-life rewards for playing the game. The WOTG token is currently available on Pancakeswap & Babyswap and is set for CEX listings upon the game release in early 2022.