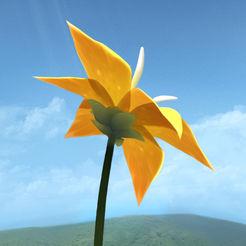 A library to create a simple directed graph editor. See the demo at https://web-digraph.netlify.app/.

There is a really long story about how this library ends up being created. Please just pretend you already know the story and that it makes sense.
This library is basically almost a copy of react-digraph, just less features, less polished, and less everything, but using canvas instead of svg for rendering, and also not using react, because we love imperative things. React is for the weak.

If you want to use your own Node data type, you can. Just make sure that your custom type have all the properties of GENode. The same also apply to GEEdge.

Q: Why not use react?
A: I am not an expert on React. Never really liked React anyway, it’s all just for the job. But I actually tried React first, with SVG. It ends up very slow on high node or edge count (maybe because of all the diffing and garbage created). Then I optimized it by using React.memo and update the component manually. It ends up looking just like imperative code, except far more complicated. So I decided to just throw React into the trash bin. And then after doing all that, I then found out about react-digraph and i feel like I just wasted my time. So I got angry and just go rewrite it without React, and use canvas to be cool and different.

Q: Why not use D3?
A: The only thing I like about D3 is the utilities. Not really needed for doing this anyway. And it won’t make that much difference because we are using canvas. It will just increase the size.