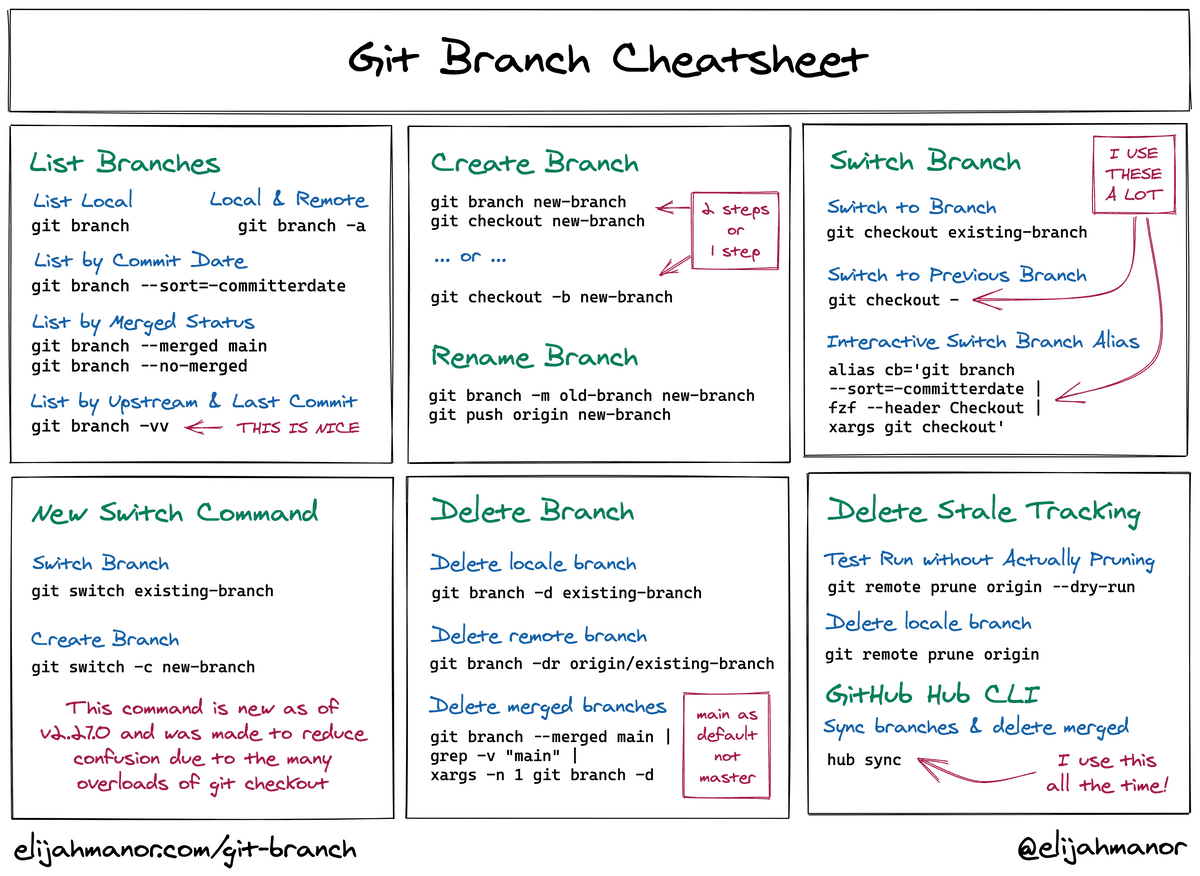 Working on the command line with git can be a bit overwhelming, so I’m starting a series of posts creating cheatsheets for various areas. This post focuses on git branch.

There are many different ways to list git branches. The commands start with git branch, but then you can provide addition flags to adjust or filter the data that gets displayed.

Sometimes you need to rename a branch for one reason or another. You can provide the -m flag giving the old name and the new name.

You can switch branches with git checkout or with the new git switch commands. Either of the following do the exact same thing.

In addition to the above, I have two favorite ways of switching branches

By passing - to git checkout it’ll automatically switch you to the branch that you were previously in!

I also have a ~/.zshrc alias to list out my branches sorted by commit date and pipe those to fzf so that I can choose from a list the branch I’d like to checkout.

NOTE: You’ll need to install fzf for this alias to work. You can find installation instructions from their README.md.

Depending on the type of branch you want to delete there are several ways to do it.

Sometimes you have branches locally that are no longer tracked in GitHub or wherever. The prune command will help you identify those and remove them. Thankfully there is a --dry-run mode so you can preview what would happen if you were to run the command for real.

One of my favorite commands to clean-up my branches does not come with git itself, but is bundled with the GitHub Hub CLI. The sync command will fetch from upstream and update local branches AND if it determines a branch is merged and its upstream branch was deleted, then it will be deleted automatically. I run this all the time.

NOTE: You can also alias hub to be git so that you can run git sync