A Gentle Introduction to Decorators in Python

In this post, you will discover the decorator pattern and Python’s function decorators.

After completing this tutorial, you will learn: 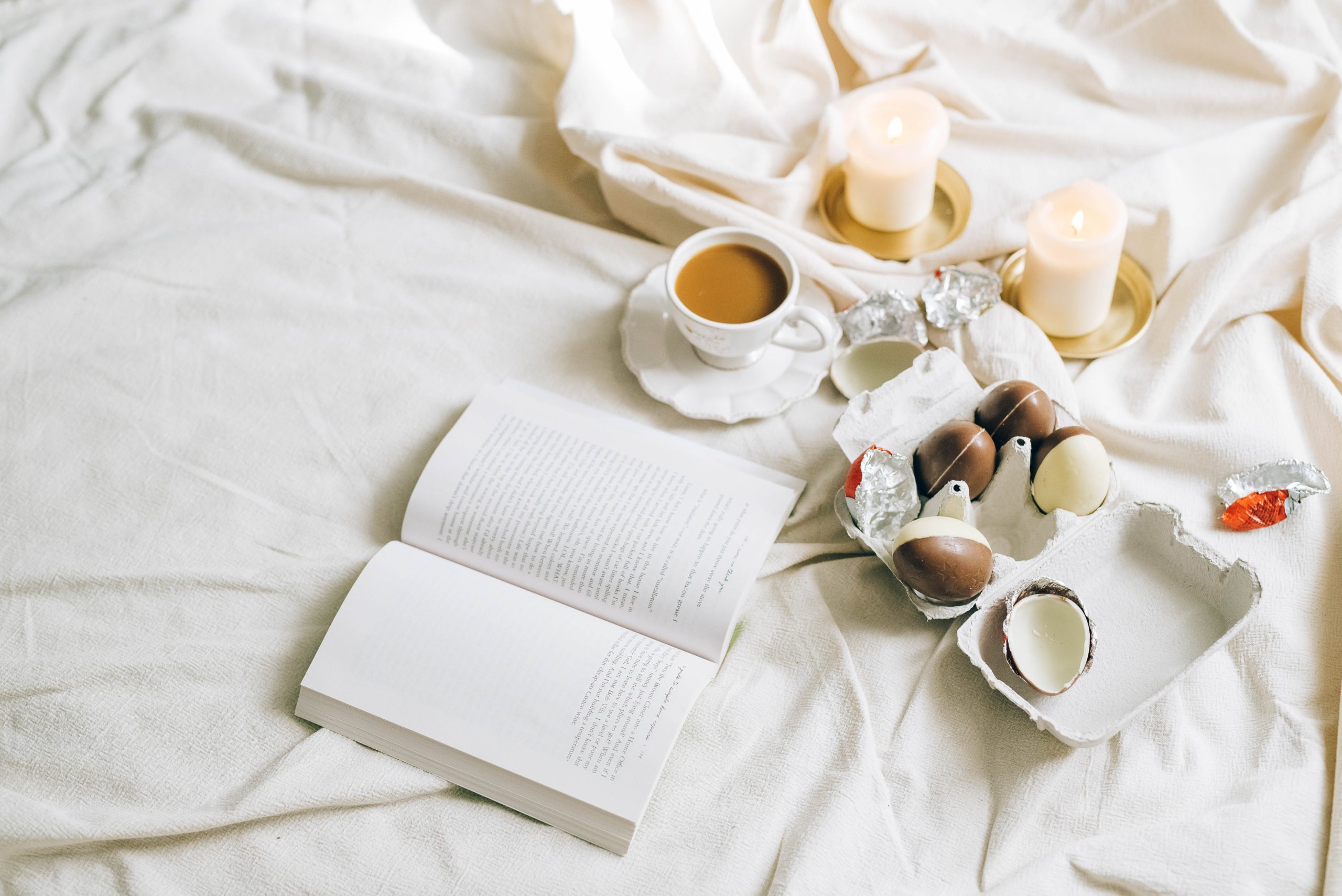 A Gentle Introduction to Decorators in Python
Photo by Olya Kobruseva. Some rights reserved.

This tutorial is divided into four parts:

What is the decorator pattern, and why is it useful?

The decorator pattern is a software design pattern that allows us to dynamically add functionality to classes without creating subclasses and affecting the behavior of other objects of the same class. By using the decorator pattern, we can easily generate different permutations of functionality that we might want without creating an exponentially increasing number of subclasses, making our code increasingly complex and bloated. 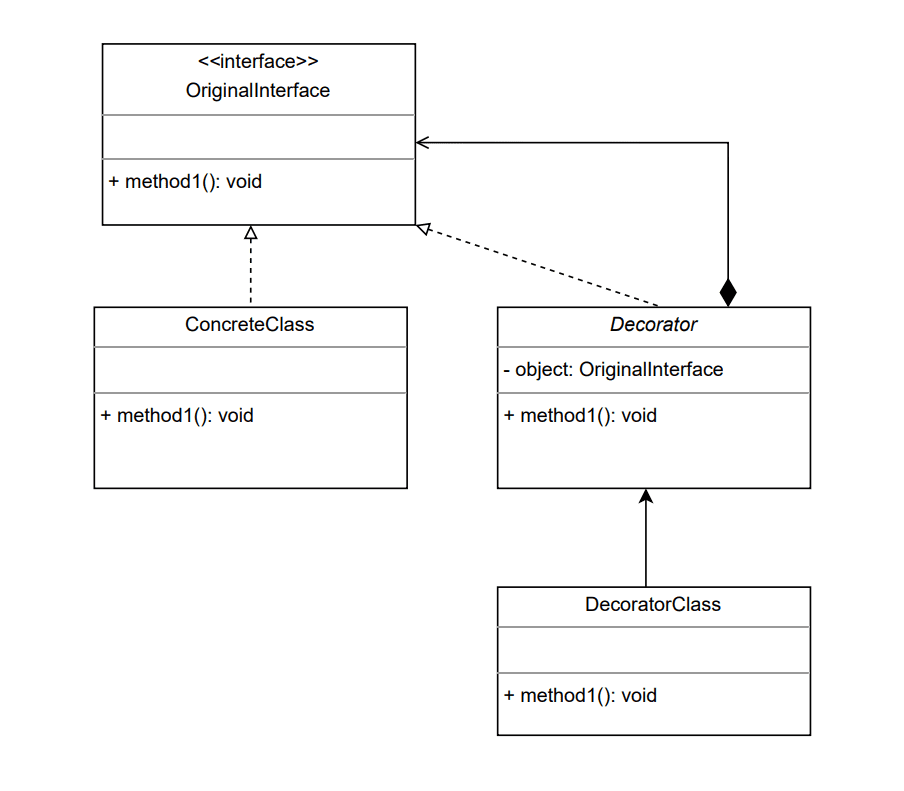 With Python, however, we are able to simplify many of these design patterns due to dynamic typing along with functions and classes being first-class objects. While modifying a class or a function without changing the implementation remained the key idea of decorators, we will explore Python’s decorator syntax in the following.

A function decorator is an incredibly useful feature in Python. It is built upon the idea that functions and classes are first-class objects in Python.

Let’s consider a simple example, that is, to call a function twice. Since a Python function is an object and we can pass a function as an argument to another function, this task can be done as follows:

The idea of decorator pattern applies here. But we do not need to define the interface and subclasses explicitly. In fact, hello_world is a name defined as a function in the above example. There is nothing preventing us from redefining this name to something else. Hence we can also do the following:

That is, instead of assigning the newly created function to hello_world_twice, we overwrite hello_world instead. While the name hello_world is reassigned to another function, the previous function still exists but is just not exposed to us.

Indeed, the above code is functionally equivalent to the following:

Note: @ syntax is also used in Java but has a different meaning where it’s an annotation that is basically metadata and not a decorator.

We can also implement decorators that take in arguments, but this would be a bit more complicated as we need to have one more layer of nesting. If we extend our example above to define the number of times to repeat the function call:

The repeat_decorator() takes in an argument and returns a function which is the actual decorator for the hello_world function (i.e., invoking repeat_decorator(5) returns inner_decorator with the local variable num_repeats = 5 set). The above code will print the following:

Before we end this section, we should remember that decorators can also be applied to classes in addition to functions. Since class in Python is also an object, we may redefine a class in a similar fashion.

The Use Cases of Decorators

The decorator syntax in Python made the use of decorators easier. There are many reasons we may use a decorator. One of the most common use cases is to convert data implicitly. For example, we may define a function that assumes all operations are based on numpy arrays and then make a decorator to ensure that happens by modifying the input:

We can further add to our decorator by modifying the output of the function, such as rounding off floating point values:

Let’s consider the example of finding the sum of an array. A numpy array has sum() built-in, as does pandas DataFrame. But the latter is to sum over columns rather than sum over all elements. Hence a numpy array will sum to one floating point value while a DataFrame will sum to a vector of values. But with the above decorator, we can write a function that gives you consistent output in both cases:

Running the above code gives us the output:

This is a simple example. But imagine if we define a new function that computes the standard deviation of elements in an array. We can simply use the same decorator, and then the function will also accept pandas DataFrame. Hence all the code to polish input is taken out of these functions by depositing them into the decorator. This is how we can efficiently reuse the code.

Some Practical Examples of Decorators

Now that we learned the decorator syntax in Python, let’s see what we can do with it!

There are some function calls that we do repeatedly, but where the values rarely, if ever, change. This could be calls to a server where the data is relatively static or as part of a dynamic programming algorithm or computationally intensive math function. We might want to memoize these function calls, i.e., storing the value of their output on a virtual memo pad for reuse later.

A decorator is the best way to implement a memoization function. We just need to remember the input and output of a function but keep the function’s behavior as-is. Below is an example:

In this example, we implemented memoize() to work with a global dictionary MEMO such that the name of a function together with the arguments becomes the key and the function’s return becomes the value. When the function is called, the decorator will check if the corresponding key exists in MEMO, and the stored value will be returned. Otherwise, the actual function is invoked, and its return value is added to the dictionary.

We use pickle to serialize the input and output and use hashlib to create a hash of the input because not everything can be a key to the Python dictionary (e.g., list is an unhashable type; thus, it cannot be a key). Serializing any arbitrary structure into a string can overcome this and guarantee that the return data is immutable. Furthermore, hashing the function argument would avoid storing an exceptionally long key in the dictionary (for example, when we pass in a huge numpy array to the function).

You may try to remove the @memoize line in the code above. You will find the program takes significantly longer to run (because each function call invokes two more function calls; hence it is running in O(2^n) instead of O(n) as in the memoized case), or you may even be running out of memory.

Memoization is very helpful for expensive functions whose outputs don’t change frequently, for example, the following function that reads some stock market data from the Internet:

If implemented correctly, the call to get_stock_data() should be more expensive the first time and much less expensive subsequently. The output from the code snippet above gives us:

This is particularly useful if you are working on a Jupyter notebook. If you need to download some data, wrap it in a memoize decorator. Since developing a machine learning project means many iterations of changing your code to see if the result looks any better, a memoized download function saves you a lot of unnecessary waiting.

You may make a more powerful memoization decorator by saving the data in a database (e.g., a key-value store like GNU dbm or an in-memory database such as memcached or Redis). But if you just need the functionality as above, Python 3.2 or later shipped you the decorator lru_cache from the built-in library functools, so you don’t need to write your own:

Note: The lru_cache implements LRU caching, which limits its size to the most recent calls (default 128) to the function. In Python 3.9, there is a @functools.cache as well, which is unlimited in size without the LRU purging.

Another example where we might want to consider the use of function decorators is for registering functions in a catalog. It allows us to associate functions with a string and pass the strings as arguments for other functions. This is the start of making a system that will enable user-provided plug-ins. Let’s illustrate this with an example. Below is a decorator and a function activate() that we will use later. Let’s assume the following code is saved in the file activation.py:

After defining the register decorator in the above code, we can now use it to register functions and associate strings with them. Let’s have the file funcs.py as such:

We’ve registered the “relu,” “sigmoid,” and “tanh” functions to their respective strings by building this association in the ACTIVATION dictionary.

Now, let’s see how we can use our newly registered functions.

which gives us the output:

Observe that before we reached the import func line, the ReLU activation does not exist. Hence calling the function will have the error message print, and the result is None. Then after we run that import line, we are loading those functions defined just like a plug-in module. Then the same function call gave us the result we expected.

Note that we never invoked anything in the module func explicitly, and we didn’t modify anything in the call to activate(). Simply importing func caused those new functions to register and expanded the functionality of activate(). Using this technique allows us to develop a very large system while focusing on only one small part at a time without worrying about the interoperability of other parts. Without the registration decorators and function catalog, adding a new activation function would need modification to every function that uses activation.

If you’re familiar with Keras, you should resonate the above with the following syntax:

Keras defined almost all components using a decorator of similar nature. Hence we can refer to building blocks by name. Without this mechanism, we have to use the following syntax all the time, which puts a burden on us to remember the location of a lot of components:

In this post, you discovered the decorator design pattern and Python’s decorator syntax. You also saw some specific use cases of decorators that can help your Python program run faster or be easier to extend.